A brand is a vision.

To project the Camper identity to a global scale positioning.

The great contemporary brands are guided by visions that connect them to the superior concepts that articulate the new global scenarios.  Visions that are the result of a deep knowledge of social, cultural and personal realities. Understanding the environment in which the brand operates, from a superior perspective, and being able to project it into the future, enables the brand to generate its own context. Under a capacity of non-reactive action, leader. Under this perspective, a brand can productively capitalize on territories that in principle might seem distant from a conventional, myopic view, limited to the spaces that have traditionally been occupied by its market or category.

If a brand is a vision, in Camper it is more true than in any other. Lorenzo Fluxá understood in 1975 that the connection with the creative community could generate a unique territory in the market.  An anticipatory vision that became the axis of the company, committing itself to it in a radical way. From that moment on, and throughout its history, Camper has identified itself with the international creative culture. Leading an unprecedented connection of a shoe brand with the environment of industrial design, graphic design, architecture or creativity in communication. Creating a whole universe of shared values and absolutely authentic relationships. Integrating in the international scenarios of this territory. Generating an identity of action, that beyond what the brand says, is derived from what the brand does. Anticipating new demands, adopting a profoundly human dimension, and integrating, in a pioneering way, a firm commitment to sustainability and responsibility.

Camper is today a small big international brand. A progressive brand with strong local Mediterranean roots and an indisputable global vocation, linked to millions of consumers and defended as its own by a generational creative community.

NADIE AND CAMPER. A NEW MODEL OF DEEP AND INTEGRATED RELATIONSHIP.

No standard model serves to define the relationship between Nadie and Camper. It is not about working for the brand, or even working with the brand: the principle is to work in the brand, to be part of the team, to integrate in it, as an indispensable way to be able to accompany it, to be able to guide it and mobilize its decisions with a view to the long term and the creation of value. An extensive work of brand consultancy and creative direction in all areas of communication and positioning of Camper. Accompanying management and ownership in key decisions. Catering for the connection with national and international partners and creative structures. 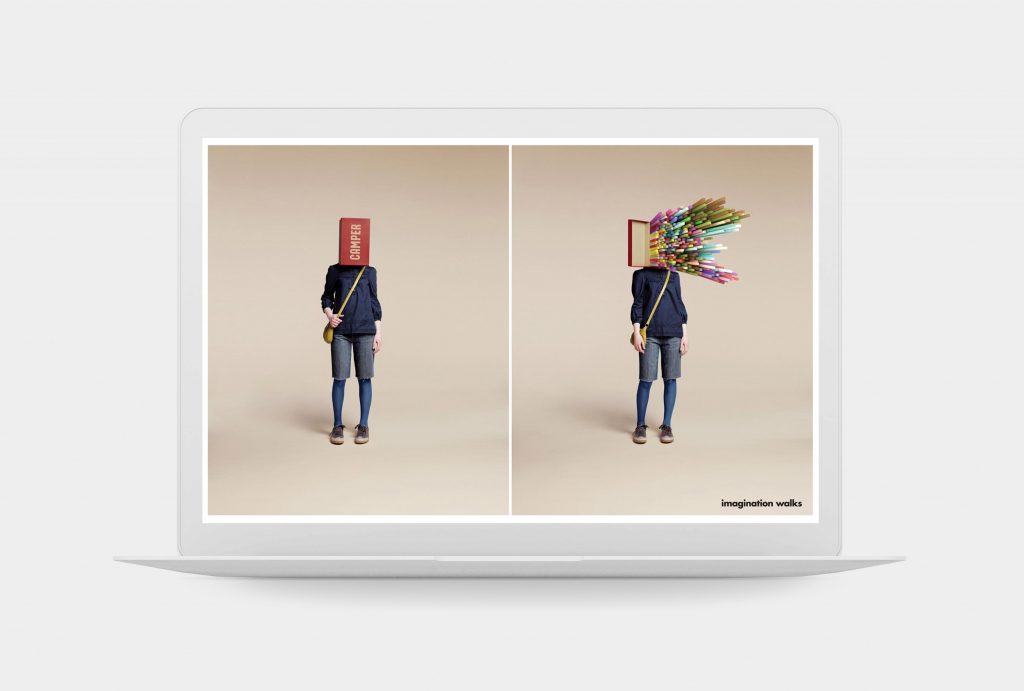 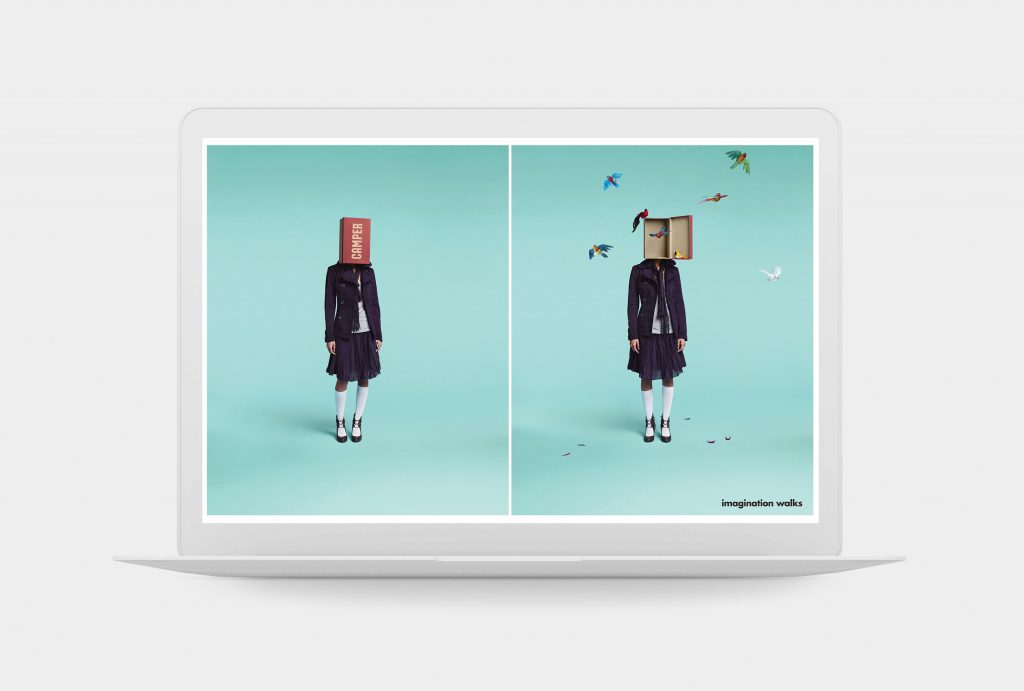 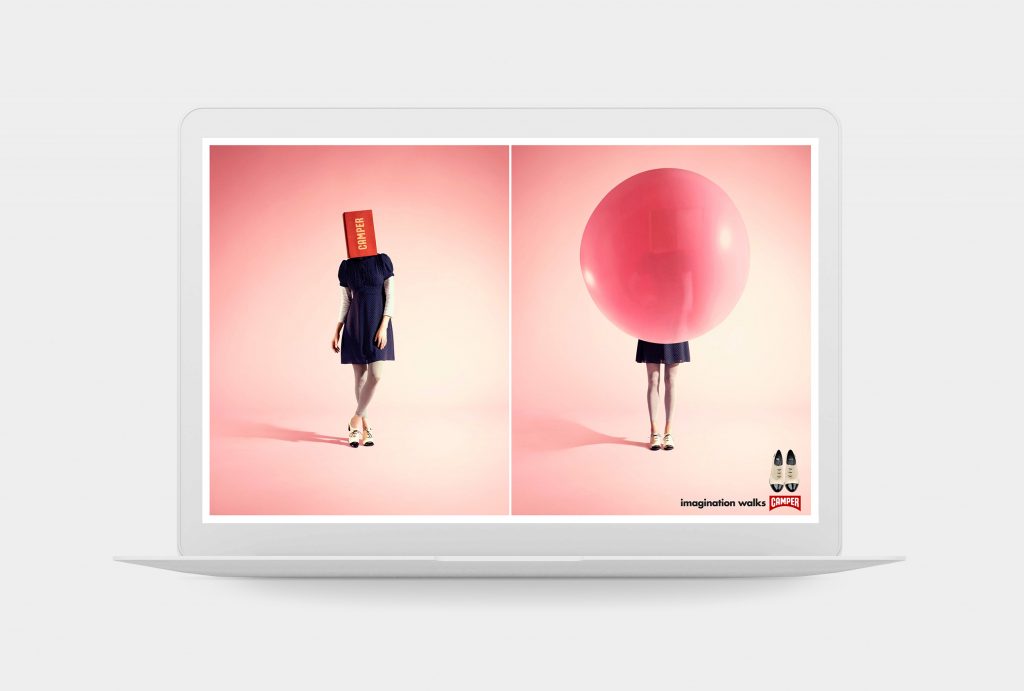 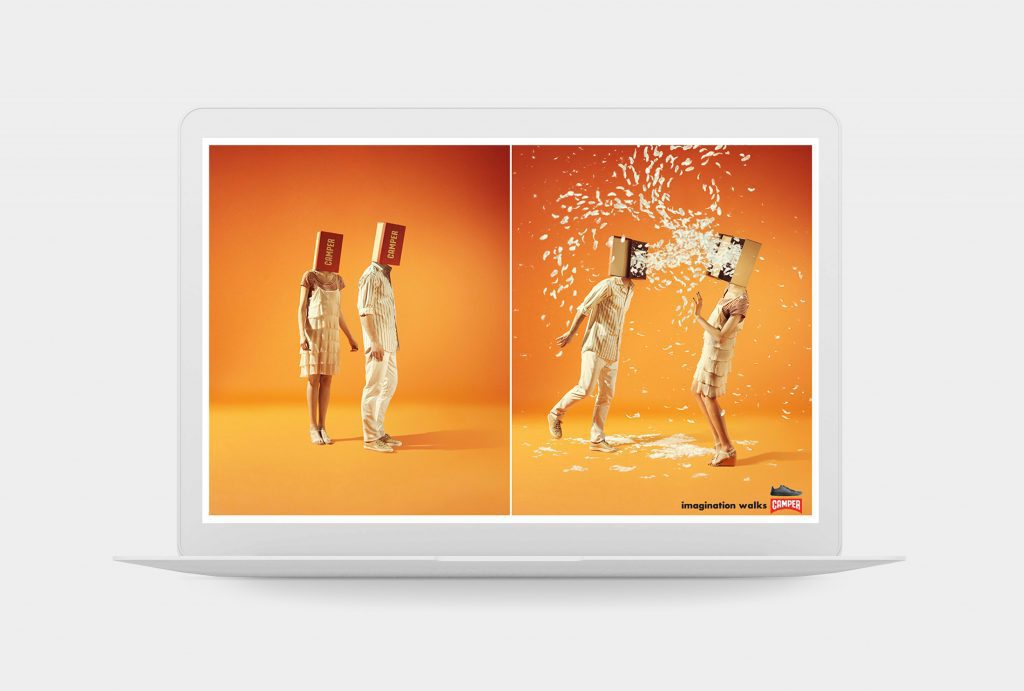 Camper is a paradigmatic case of how a brand culture can transcend into a higher cultural sphere, being part of the social debate and reflection.  LIFELOVERS ABC is one of those projects that transmit with absolute clarity the structural premise of Nadie to situate the brands we work with in a cultural territory, in which their messages are clearly perceived as valuable, relevant content.

This headline, which brings together the key concepts of Camper’s brand territory philosophy, featured images by Martin Parr, Konstantinos and Kalafatis, great references in contemporary documentary photography. Along with their images, the texts of four contemporary authors: Isabel Coixet, Fernando Savater, Barry Gifford and Donna Leon. Each one recreating one of the concepts of LIFELOVERS ABC, moving with absolute creative freedom between the story, the autobiographical and the essay.

A project, specially directed to the digital environment, enriched by twelve audiovisual deliveries of interviews with the authors. In them, they deepened their vision of what the CAMPER philosophy can have of “free software” not only for the users of the brand but for anyone with the intellectual curiosity to look beyond it and its products, for any of those consumer-citizens who try to cultivate the leading contemporary brands. 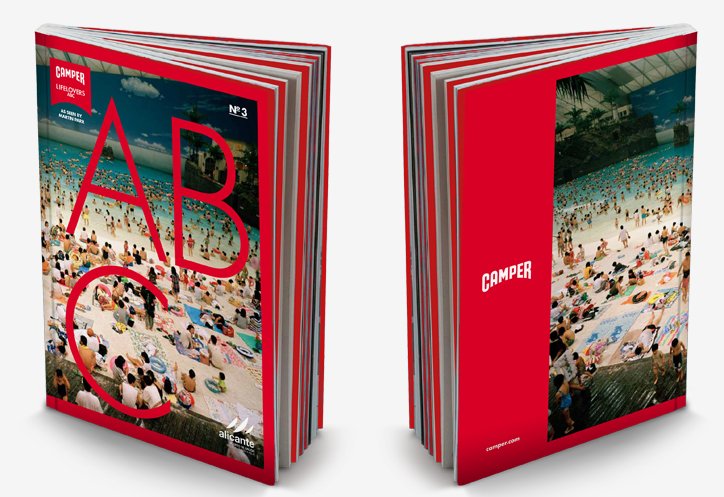 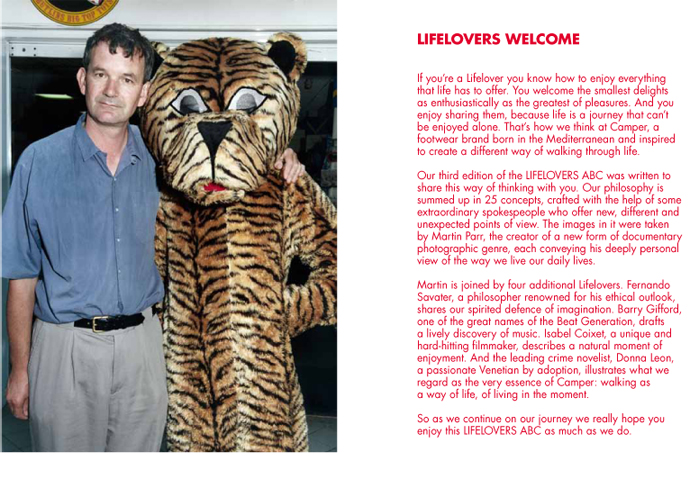 The most demanding competition: that of identity.

Camper’s profoundly open identity, which naturally integrates areas that go beyond the spectrum it is supposed to, allows it to respond in an exceptional way to challenges that at first sight might seem distant. Camper’s participation in the Volvo Ocean Race is undoubtedly one of the highest expressions of this statement. A project that meant the entrance through the big door of the Majorcan brand of shoes in the environment of the big international sports sponsorships, by the hand of the Emirates Team New Zealand. A challenge in which, given the stature of our competitors, it was not enough to achieve the highest quality: it was necessary to achieve absolute excellence in disruption, difference, storytelling and solvency of execution.

Camper’s powerful link with design allowed us to focus on a project that was radically new for the brand and compete with large global companies, winning, before the competition, the race for identity.

The technical requirements and the scope of the project (from the design of the graphic identity of the boat and the complex system of sails to the uniforms of the crew in all the environments or the merchandising), guided our selection process of creative partner: the London studio led by Mark Farrow, the dazzling creator, among many others, of the paradigmatic graphic image of The Pet Shop Boys or the mythical Manchester club The Hacienda. His graphic proposal, inspired by an old camouflage system used in military ships, allowed all the elements of Camper’s presence in the event, whatever their size, to have a capacity for communication and impact that had never been seen before. Reinforced by the dazzling contribution made to the project by the removable pavilion designed by the Japanese architect Shiggeru Ban.

But there was much more to this project: an extremely demanding onnicanal communication strategy, with a high audiovisual component, capable of maintaining the engagement with the brand’s natural public and expanding it with the new audiences contacted in the environments visited by the race and in the international nautical environment.

Camper injected into the whole project its unique and innovative character, and above all its values, which it integrated into the competition team itself. He transformed the race into a great lever for the empowerment of his internal culture, promoting his commitment to quality and excellence, reinforced by a renewed perception of the capacity demonstrated to compete against major players in the global market. 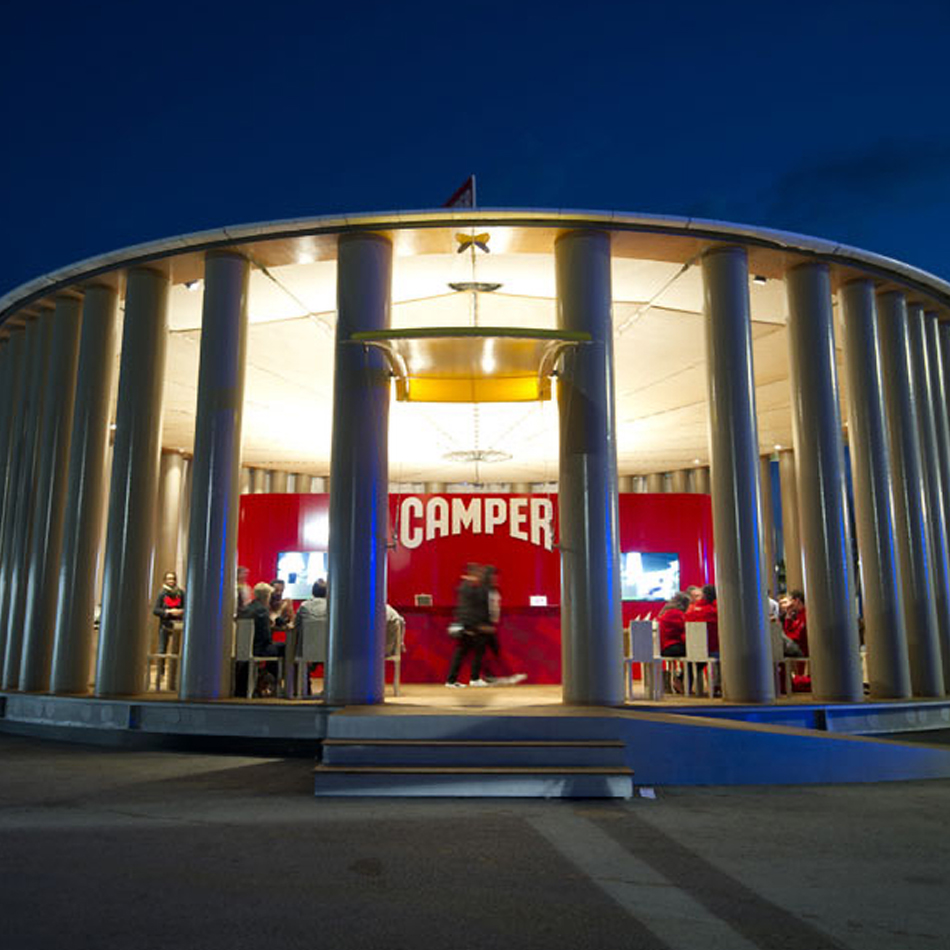 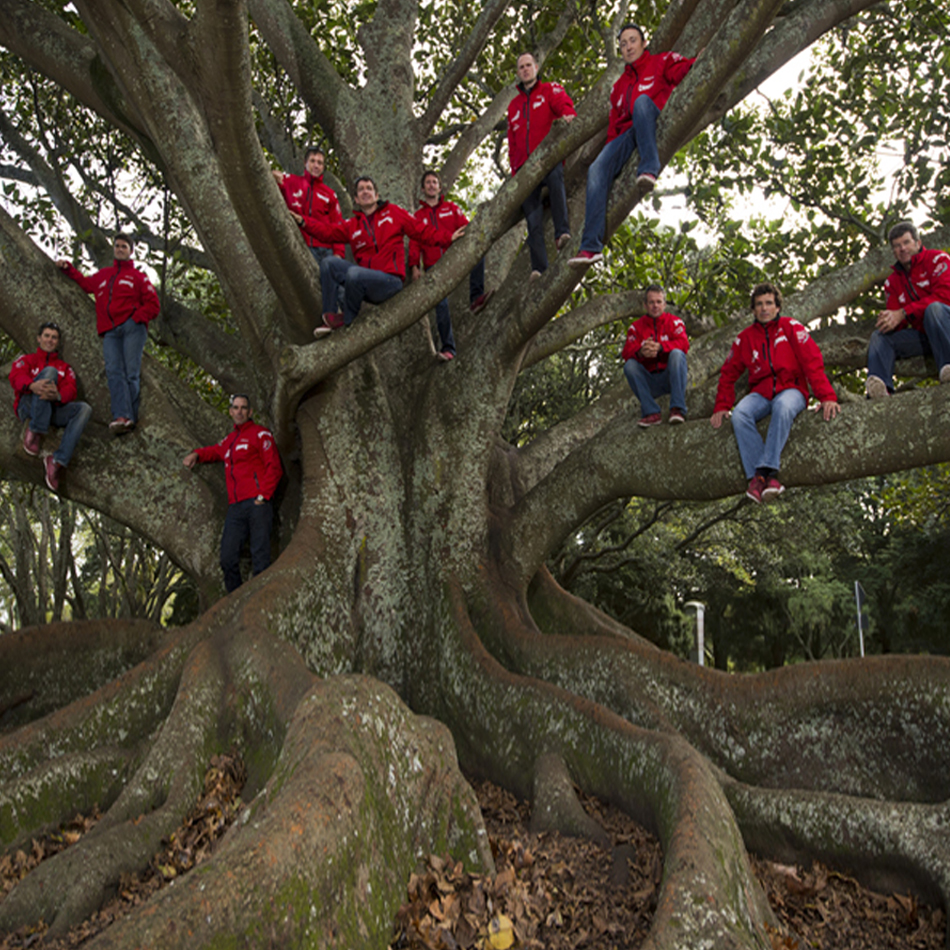 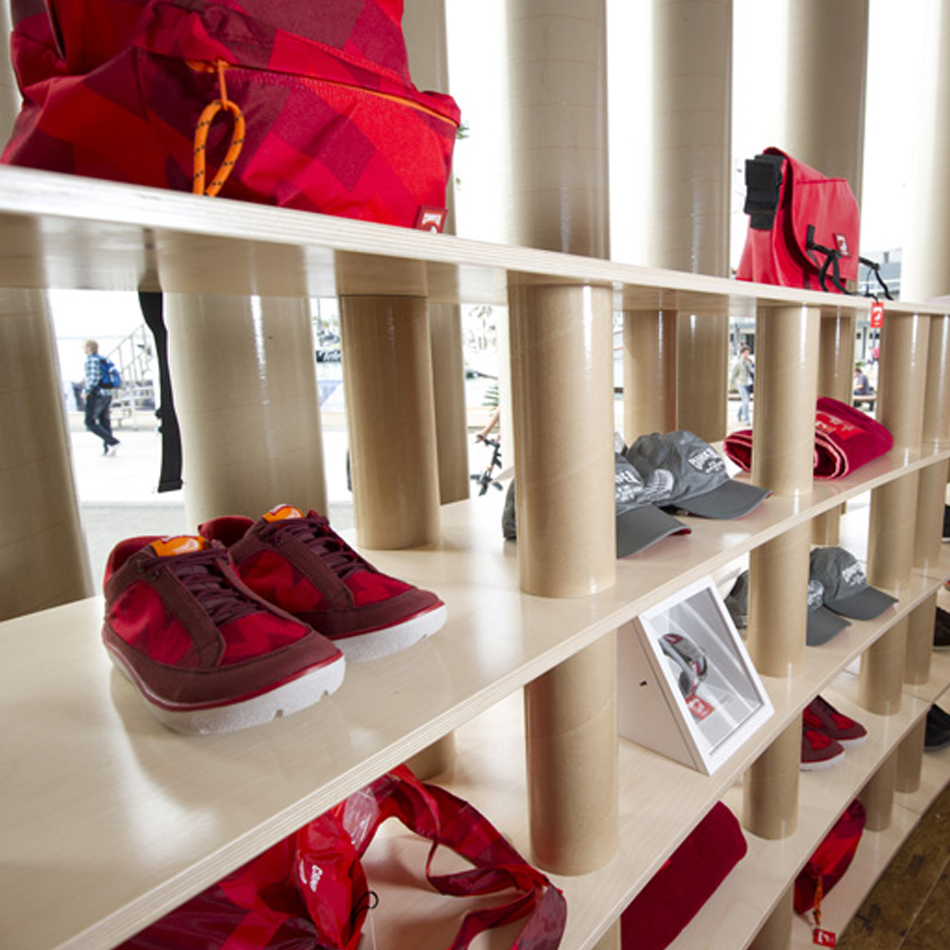 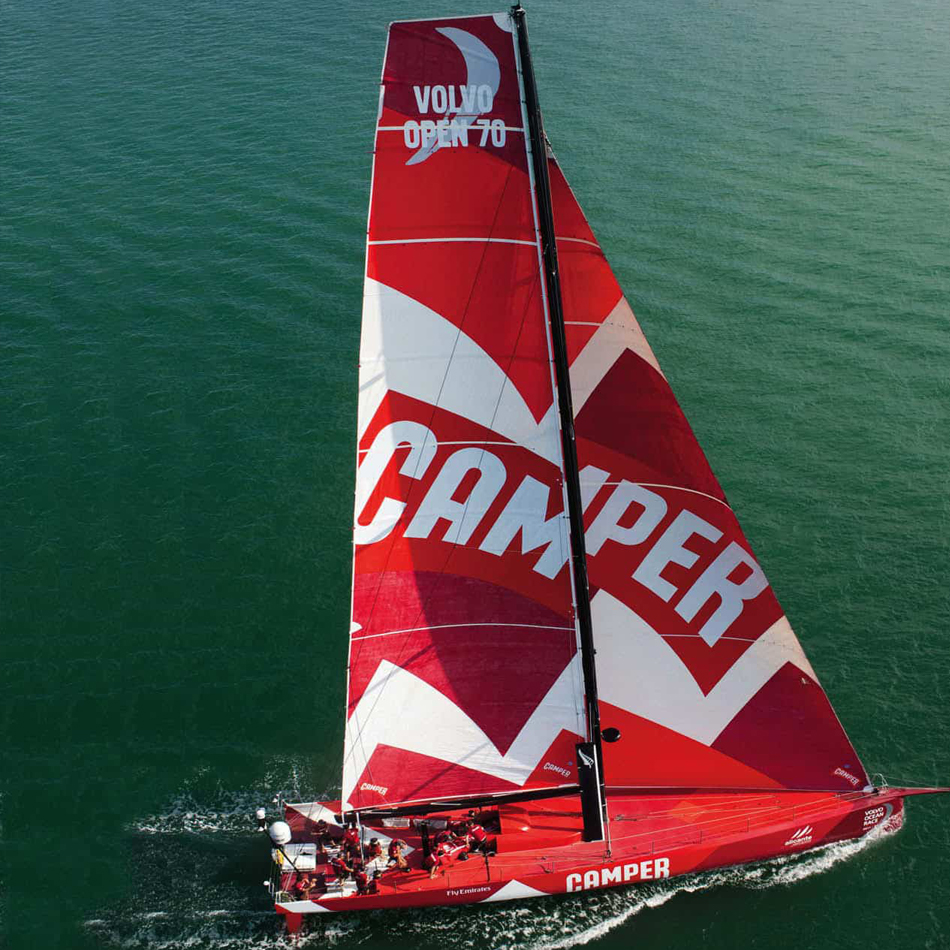 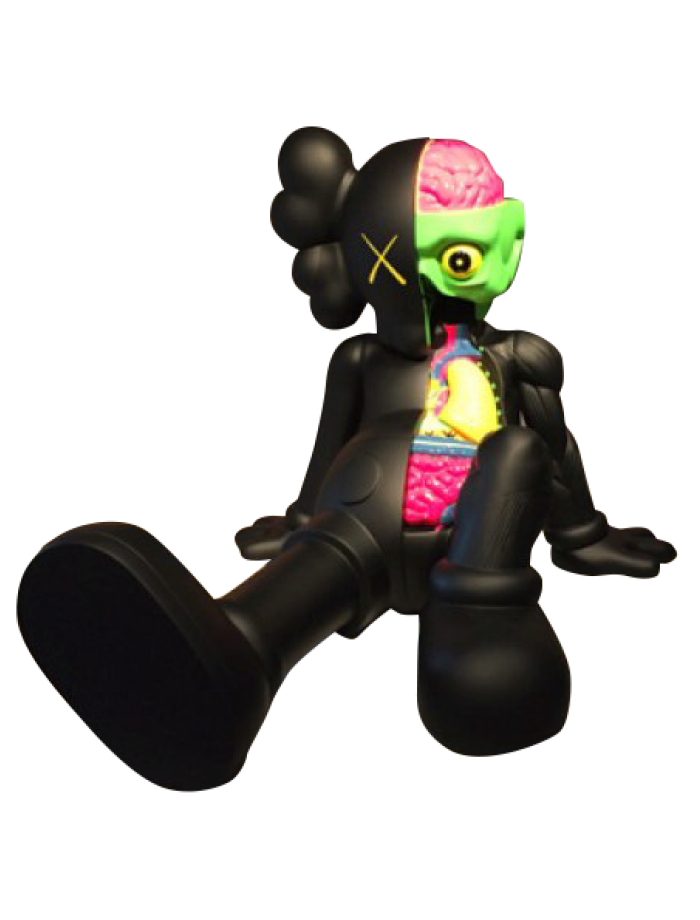